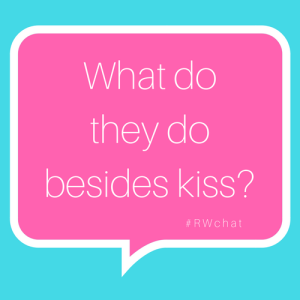 This week on #RWchat, we’re discussing the non-romance plots in our romance novels. In other words, what do the characters do other than kiss? Yesterday we heard from C.L. Polk about Witchmark. Today, Alexis Daria talks about the external plot in her upcoming debut, Take the Lead.

How did you come up with the non-romance plot?

I’m a huge fan of Dancing with the Stars, and I was originally inspired by some of the stories they tell through their dances. I made a list of routines like the one in the video below, with the intention of using them as writing prompts.

I was complaining on Twitter about having too many plot bunnies, when Sasha Devlin suggested I combine them. At the time I also wanted to write about a family of wilderness survivalists, but couldn’t figure out a way to make it sexy. I mashed that with DWTS, and boom! I had my premise: a reality TV survivalist joins a dance competition and falls for his pro partner.

There’s inspiration everywhere, even on TV. (Especially on TV, one might argue.) If you have too many potential projects and can’t decide which to pursue, try combining the elements you like best from each, and see what you come up with.

What do they do besides kiss?

Gina and Stone have a reality TV dance competition to focus on, so they have plenty to do besides kiss, especially since they’re surrounded by cameras most of the time. At first I thought it would be enough to have a general idea of what they were doing, while focusing more on their emotions and dialogue. Nope! Once I started researching the history and technique of their dances, and creating image boards and playlists, the scenes took on a much deeper dimension. The music affected the tone and atmosphere. The costumes provided the opportunity for funny or sexy reveals. And the concept and dance style of each routine had a huge affect on Stone and Gina’s interactions during rehearsals and performances.

You can use the little details about the external plot to deepen the story and relationship, and ground the characters in the setting.

How does the non-romance plot affect the romance?

In essence, this is a workplace romance. Yes, they’re in Hollywood and it’s on television, but the reality of reality TV really isn’t all that glamorous. Gina is at the mercy of her producers. One of them tries to push her into a showmance with Stone, and issues a high-stakes ultimatum that puts Gina’s career at risk. Thanks to the framework of the non-romance plot, there was never a shortage of external conflict and tension.

What elements of the non-romance plot didn’t make it into the book?

I planned a few dances that aren’t shown on the page, due to pacing. There was also a hunting scene, meant to show Stone in his element and Gina as the fish out of water, reversing their roles in Los Angeles. It was the last thing I had to write for the book, and I kept putting it off. I did a ton of research about wild pigs and California hunting rules, and forced myself to write the scene so I could finish the damn book. It sucked. But after I finally wrote it, I noticed an easy fix that allowed me to scrap it. But nothing in writing is wasted. These are the kinds of “deleted scenes” that can be used for newsletter or blog content.

What’s next for the sequel?

Remember those pesky producers? Even though the sequel takes place during the off-season, they’ll show up to make life miserable for Natasha, Gina’s best friend and roommate.

Join us for a Twitter chat on the non-romance plot this Sunday, June 18th, at 7pmEST / 4pmPST! Follow along with #RWchat. 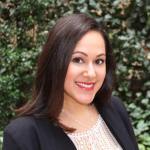 Alexis Daria’s debut contemporary romance, TAKE THE LEAD, is a 2017 Golden Heart® finalist and will be released in Fall 2017 from SMP Swerve. On Sunday evenings, Alexis co-hosts #RWchat, a weekly Twitter chat for romance writers. She also serves as PRO Liaison for the New York City chapter of RWA, and is represented by Sarah E. Younger from Nancy Yost Literary Agency. Alexis loves social media, and you can find her on Twitter, Facebook, Instagram, and Pinterest, and follow her blog.